A new study published in the Journal of Physiology provides more evidence that high fructose corn syrup is the equivalent of “brain junk food”, while omega-3 fatty acids can be considered “brain health food.”

In a preliminary study, researchers at the University of California Los Angeles studied two groups of rats that consumed a fructose solution as drinking water for six weeks. The second group also received omega-3 fatty acids from flaxseed oil and docosahexaenoic acid (DHA). DHA is the primary essential fatty acid in the human brain. It is crucial for synaptic function and affects numerous functions including learning and memory. 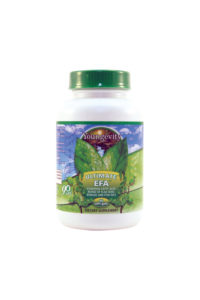 The rats were fed a standard diet and trained on a maze twice daily for five days before starting the experimental diet. The researchers tested how well the rats were able to navigate the maze, which contained numerous holes but only one exit. Placed within the maze were visual landmarks to help the rats learn and remember the way.

Six weeks later, the researchers tested the rats’ ability to recall the route and escape the maze. The results were surprising:

Although it is a preliminary, non-human study, this research suggests that eating too much fructose could block insulin’s ability to regulate how cells use and story sugar for the energy required for processing thoughts and emotions. This suggests that a high-fructose diet is harmful not only for your body, but for your brain, too.