You might not have heard of SOD, but SOD is one of the body’s primary antioxidant nutrients. It’s actually called a “Primary” antioxidant system, because it’s one of the four antioxidants that is produced by the body. Sure you’ve probably heard of vitamin C, berries, and a whole host of other antioxidants. All of these are called “Secondary” antioxidant systems, because the body needs to first make some changes/additions before they can be used. With primary antioxidants, which are the body’s most powerful, the body can immediately use them to ward off disease and neutralize free radicals that are caused by stress, among other things. This is why SOD is vital for the optimal health and wellness of the body.

There have been a whole host of studies that have shown that SOD acts both as an antioxidant and anti-inflammatory in the body. It does this by being able to latch on to those negative ions, free radicals, that result from the environmental, physical, physiological, and psychological stresses we put on our bodies (you probably realized that there is NO WAY to get away from stress). Think of SOD has the biggest, fastest, strongest warrior of the body, and you’ll get a picture of its great importance. 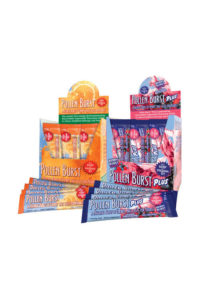 We’d all love to get more SOD in the body, but it’s very tricky. SOD is a sensitive nutrient that, with changes in pH level, can be destroyed and become inactive. Natural foods such as barley grass, broccoli, brussel sprouts, cabbage, and wheatgrass have concentrations of SOD. However, it’s often times not enough to combat the stresses we need to combat. However, there have been some recent technologies that help to protect SOD when used in certain supplements. Although the process is quite time consuming and expensive, it’s a very powerful way to get individuals the SOD they need.