There is an epidemic of vitamin D deficiency sweeping across our modern world, and it’s an epidemic of such depth and seriousness that it makes the H1N1 swine flu epidemic look like a case of the sniffles by comparison. Vitamin D deficiency is not only alarmingly widespread, it’s also a root cause of many other serious diseases such as cancer, diabetes, osteoporosis and heart disease. 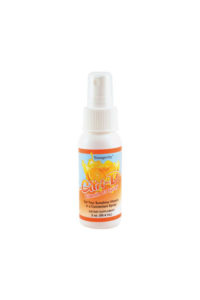 A new study published in the March, 2010 issue of the Journal of Clinical Endocrinology and Metabolism found that a jaw-dropping 59 percent of the population is vitamin D deficient. In addition, nearly 25 percent of the study subjects were found to have extremely low levels of vitamin D.

Lead author of the study, Dr. Richard Kremer at the McGill University Health Center, said “Abnormal levels of vitamin D are associated with a whole spectrum of diseases, including cancer, osteoporosis, and diabetes, as well as cardiovascular and autoimmune disorders.”

This new study also documents a clear link between vitamin D deficiency and stored body fat. This supports a theory I’ve espoused here on NaturalNews for many years: That sunshine actually promote body fat loss. Vitamin D may be the hormonal mechanism by which this fat loss phenomenon operates.

The research findings on vitamin D, by the way, get even better…

Check out Youngevity’s Amazingly power dose of Vitamin D in an effectively absorbed liquid form, it’s called Citri-D and you can get it today!